Arts & Crafts Show
The Arts and Crafts show, where local artists and craftspeople exhibit and sell their wares, is presented every Sunday along Cabrillo Boulevard near Chase Palm Park, along a one-mile stretch from Stearns Wharf toward East Beach. Show hours are 10 a.m. until sunset. The show is also held on several other days of the year: Memorial Day, July Fourth, Saturday of Fiesta Week, and Labor Day.

Santa Barbara County Courthouse
1100 block of Anacapa Street, 962-6464. Completed in 1929, this magnificent Spanish-Moorish structure is one of the most beautiful buildings in the U.S. The elegant interior includes hand-painted ceilings, wrought iron chandeliers, giant murals, carved doors, and imported tiles. Open weekdays from 8 a.m. to 5 p.m.

Stearns Wharf
At the foot of State Street, Stearns Wharf, built in 1872 by John Peck Stearns, is the oldest operating wharf on the west coast. In the l940s Hollywood legend Jimmy Cagney and his brothers William and Edward were part owners of the wharf. Now a Santa Barbara landmark, it offers gifts and souvenir shops, wine tasting, a seafood market where visitors can purchase fresh fish, restaurants, a bait and tackle store, and other small shops.

Sea Center
Located on Stearns Wharf, 962-0885. Offers visitors a fascinating glimpse into marine life that inhabits the Santa Barbara Channel. Among the many exciting displays are live marine animals in saltwater tanks and a computer learning center.

Whale Watching
Whales, dolphins, and orcas frolic year-round in the nutrient-rich Santa Barbara Channel, one of the premier whale-watching arenas. The best time of year to see California gray whales is mid-December through the end of April, when nearly 25,000 of the gentle giants swim along the coastline during their annual north-south migrations.

Santa Barbara Zoo
500 Ninos Drive, off Cabrillo Boulevard at East Beach, 962-5339. Once the site of a palatial estate, the zoo is a delightful refuge in a charming garden setting. It offers botanical gardens, over 700 animals from around the world (including big cats, elephants, and giraffes), a new restaurant, spacious picnic area, miniature train, and children’s playground. Open daily 10 a.m. – 5 p.m.

Fiesta
If it’s August, it must be Fiesta, our traditional high holiday celebrating Santa Barbara’s Spanish heritage. Nothing escapes Old Spanish Days. Its history and color penetrates even the most austere corners of the city from breakfast to bedtime for five full days of parades, dances, music and feasts for all.

Summer Solstice
Celebrate the longest day of the year by jumping in line at this charming parade. The theme changes annually, but there’s always a workshop beforehand where you can learn to make costumes and decorate floats. The celebration takes place on the Saturday nearest the summer solstice. For more information call 965-3396.

Parks
Santa Barbara’s many beautiful parks are perfect for sports, picnics, and relaxation. Parks can be found all over the city; each has a unique character and offers something special for everyone.

Santa Barbara County Bowl – Concerts
One of the best concert venues in the country. An intimate amphitheater, it is a pleasure to see some of the biggest names in the music industry play here. For a unique atmosphere, this is the place to see everything from classical music events to rock acts.

Biking
Second only to pedestrian pursuits, bicycling is a pleasurable and still detailed way of seeing what there is to see. Recognizing the affection of residents and visitors for this mode of sport and transport, the city has taken great and costly pains to provide several well-planned and well-mapped bikeways. A Pedal Around Town map, available at bicycle rental shops and the Chamber of Commerce, is the key to the intricacies of these routes.

Earl Warren Showgrounds
From rodeos, horse events, BMX to Computer and RV shows – this is Santa Barbara’s premiere location for outside events.

Farmers Market
This colorful outdoor market is where local growers sell fresh fruits, vegetables, flowers, eggs, nuts, honey and other items at reasonable prices. The Market is held at the corner of Santa Barbara and Cota Streets from 8:30 a.m. to noon each Saturday and at the 500 Block of State Street from 3 to 6:30 p.m. each Tuesday evening. There is also one held in Montecito on Coast Village Road on Fridays from 8:30 a.m. to 12 noon. 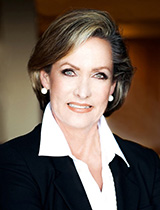